Will the FDA speed up the approval of new drugs? 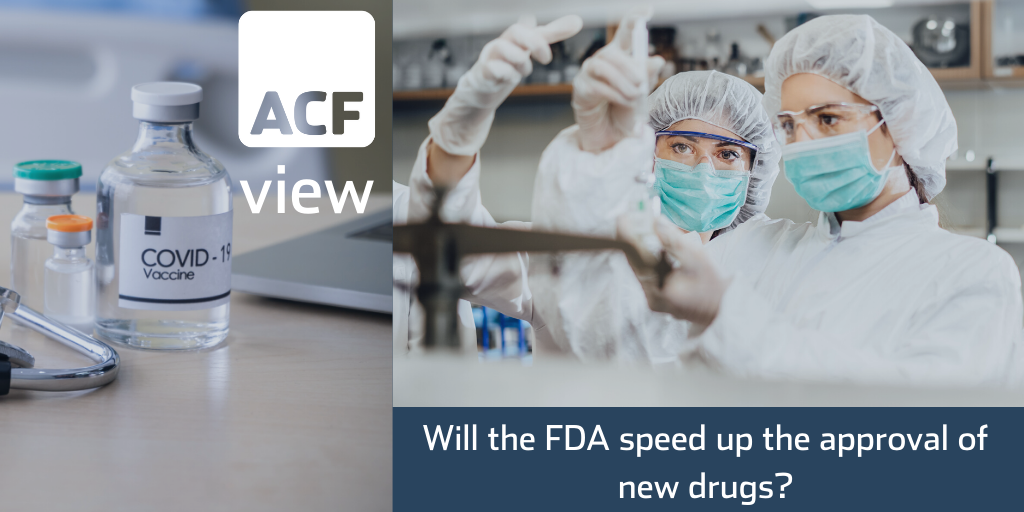 Will the FDA speed up the approval of new drugs?

The Food and Drug Administration (FDA – US healthcare regulator) will endeavour to review many drugs applications in the next year in relation to coronavirus, but concerns are emerging that if the FDA follows its old ways it will delay for too long the approval of essential new drugs to prevent or treat the pandemic.

According to recent research from McCombs School of Business at The University of Texas, Austin, the FDA uses outmoded standards.

When a New Drug Application (NDA) approval is submitted to the FDA for a disease for which there are already FDA approved drugs, the Agency can take up to 75% longer to approve the NDA than it does in the case of an orphan drug (orphan drugs are for rare conditions that in turn attract significant tax discounts and competition protections).

The extended timescale for an NDA in a competitive market (i.e. one that already has a lot of drugs, devices or protocols aimed at curing or ameliorating a given condition) is caused by the volume of historical information available that the FDA must review. The 75% delay alluded to in the McCombs research equates to as much as an extra 20 months of delay in the FDA assessment for a NDA submission for a disease that already has many approved drugs.

An additional 20 months for an NDA is not an insignificant issue – it costs the pharma or biotech company that presented the drug for approval about $1m per day of delay.

However, there is room for hope that the FDA will streamline its process because of the Covid-crisis. We believe there is an internal FDA drive to implement change that will be beneficial in terms of transforming and adapting the approval process.

A faster approval process does not mean the FDA needs to become less efficacious or less demanding. We are not advocating a dilution of standards. However, we are advocating some out of the box thinking for a new drugs approval process that can cope with the responsiveness needed to contain and treat pandemics. We are not alone in concluding that pandemics will become statistically more likely rather than less likely.

A faster approval process to answer the challenge of a pandemic, if successful, could be carried over to all new drug applications. This would be good for the populous, the FDA, the companies and for investors.

In addition, if the FDA delivers a faster approval process, this will attack one of only two competitive advantages that the EMA (European Medicines Agency, the equivalent of the US’s FDA) has over the FDA – i.e. speed to market.   As competition has a tendency to stimulate innovation, we see this as positive for both investors, the EMA, and society in general.