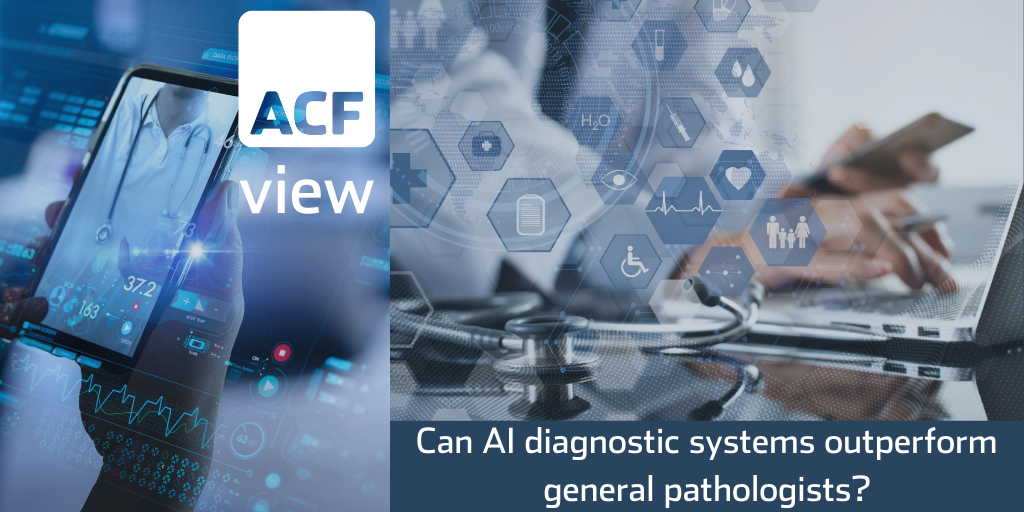 A team of researchers from Google Health, working closely with researchers from North America, published a report recently in JAMA Oncology that showcased how their Artificial Intelligence (AI) diagnostic systems outperformed general pathologists in determining the degree of advancement of prostate cancer through the observation of the cancerous tissues. 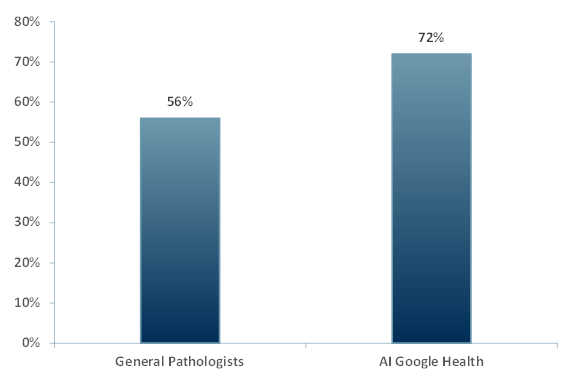 Established in 2006, Google Health was created as a “Big Data Lake” in order to contain patient information in one place and make it easily accessible for doctors, pharmacies, labs and hospitals.

Since 2006 Google has expanded its resources to include ‘Streams’ – a tool developed for early detection of diseases and illnesses, and as of 2015 (when Google restructured into Alphabet), AI has been at the forefront.

How the prostate cancer test was run – The Gleason Score helps to determine how aggressive a prostate cancer is by observing the health of the tissue sample retrieved during a biopsy. It is based on a scale of 1-5 with 5 being the worst case where the tissue is highly abnormal.

The Gleason Score allows for early detection in patients. In some cases, the cancer prognosis may not be lethal if discovered early and given a score of 1 or 2. Early detection can significantly improve a patient’s lifestyle and allows them to get treatment as early as possible. Scores of 3 or higher may indicate a likelihood of non-survival.

In its report, Google Health states that it has run several experiments to verify the efficacity of the algorithm used in the AI diagnostic system. In one experiment, Google Health presented 498 biopsy images that were initially graded (using the Gleason Score) by subspecialist pathologists to a group of six general pathologists to grade. Combined, these GPs have an average of 25 years of experience.

It is important to note that the general pathologists used a baseline as it is not in their scope of work to identify cancerous cells in tissue samples retrieved from biopsies; that is down to the subspecialists.

Many tech and healthcare companies are looking to incorporate AI and algorithms in order to improve the efficiency of their technologies.

The research results indicate a 29% improvement in favour of the AI diagnostic system. This is a breakthrough discovery in cancer early detection.

Though AI has beaten humans at recognising the content of images for a while – it has largely been shown to be better and faster at identifying cat and dog breeds (ImageNet Challenge 2015, Microsoft beats the best available human at the dog challenge with a 3.5% error rate at speed).

Whilst we do not wish to diminish the usefulness of fast dog identification, beating diagnosticians at their own game in prostate cancer is something with clear and significant health, wellbeing and commercial value.

As both the prostate research results and the ImageNet Challenge attest, AI can override the human error factor and could be available for use more readily than a subspecialist might be.

In addition, the general pathologists will not need to wait for results from subspecialists and a patient diagnosis can be given more accurately and timely (though the human diagnosticians may not always be quite so joyous).

This discovery, if applied to other types of cancers and diseases, will save a lot of time for pathologists and subsequently save money for patients.

Patients can avoid visits with a subspecialist that are generally more expensive and sometimes far away in terms of time, incurring unnecessary travel expenses and additional stress.

An algorithm with more reliable diagnostic powers at scale can be applied to a range of diseases. Pathologists will now be able to return their focus to more pressing matters and more importantly to saving lives. Patients can have a higher degree of certainty they have been diagnosed correctly.