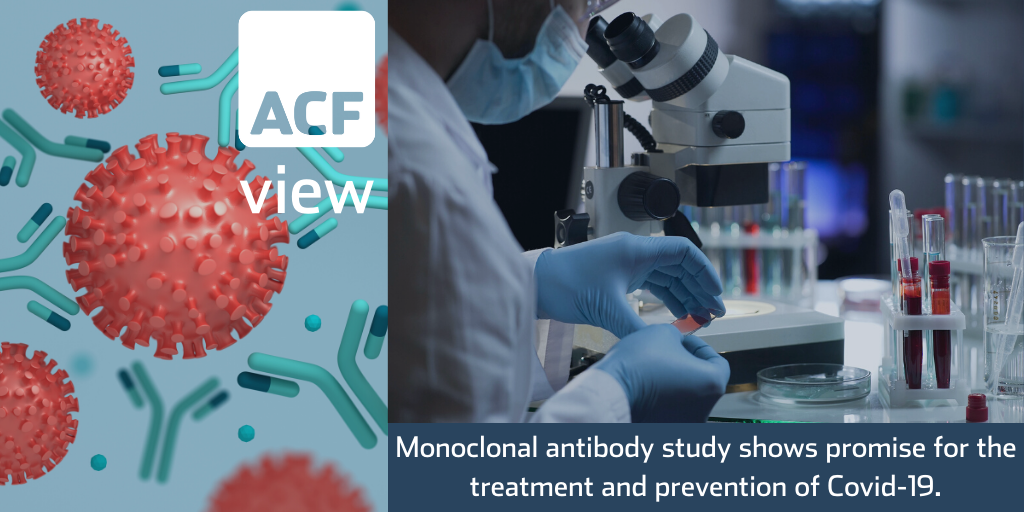 Researchers at Vanderbilt University Medical Centre (VUMC), based in Amsterdam, have recently published optimistic results from monoclonal antibody preclinical trials in Nature Medicine that could potentially be a breakthrough in the search for both a curative for the Covid-19 condition and a preventative against the Covid virus, Sars-Cov-2.

Successfully isolating monoclonal antibodies that can attack Covid-19 could be the potential therapy the world currently needs.

The researchers made their discovery by examining the blood of an early confirmed North American case of Covid-19 (a couple from Wuhan, China, who travelled to Toronto, Canada in late January).

By neutralizing the monoclonal antibodies found in these subjects, researchers isolated hundreds of monoclonal antibodies that can neutralise the effectiveness of the Sars-Cov-2 surface protein that allows the virus to enter human lung cells. The other remarkable element is the timescale – this work was completed within three months.

The VUMC researchers were able to deliver results within 3 months by using an ultra-fast monoclonal antibody discovery platform developed by another VUMC researcher, James Crowe, a viral immunologist, and founder of Idbiologics, and Robert Carnahan.

In a separate paper, VUMC researchers identified two antibodies (Cov2-2196 and Cov2-2130), that bind on to two distinct areas of the Sars-Cov-2 spike protein at the same time.

Curative – The researchers observed that used together, Cov2-2196 and Cov2-2130 antibodies prevented lung inflammation and weight loss in mice, by reducing the viral load.

Preventative – Along with the above combination effect the researchers also observed that Cov2-2196 and another potent antibody, Cov2-2381, could each individually convey resistance to the virus in Rhesus Macaque primates.

This is a very promising discovery; the researchers branded these monoclonal antibodies as prime candidates for the prevention and treatment of Covid-19.

AstraZeneca (AZN.L), which licensed sets of Sars-Cov-2 antibodies from Vanderbilt University, and Idbiologics, Mr Crowe’s biotechnology firm, based in Nashville and founded in 2017 are both planning clinical trials this summer. AZN evaluated 1500 monoclonal antibodies and signed an exclusive licence for six candidates from this cohort.

VUMC and Idbiologic’s work could prove extremely timely in the search and discovery of a potent treatment and in preventing Covid-19. The speed of the discovery is also significant, as if these treatments are effective, it suggests that similar Sars related viruses, which it is inevitable will evolve, may pose a threat for a much shorter period of time than Sars-Cov-2.

However, a note of caution should be exercised – it was three years after the discovery of a promising monoclonal antibody (Zikv-117) for the Zika virus before Batavia Biosciences signed an agreement with VUMC and Idbiologics.

The Zikv-117 monoclonal antibody binds in a unique way to a Zika virus protein (an epitope) to neutralise it, in other words it is not the only antibody produced that binds to Zika, but it might be the effective one.

This tells us two important things –