The Rise of Streaming Services 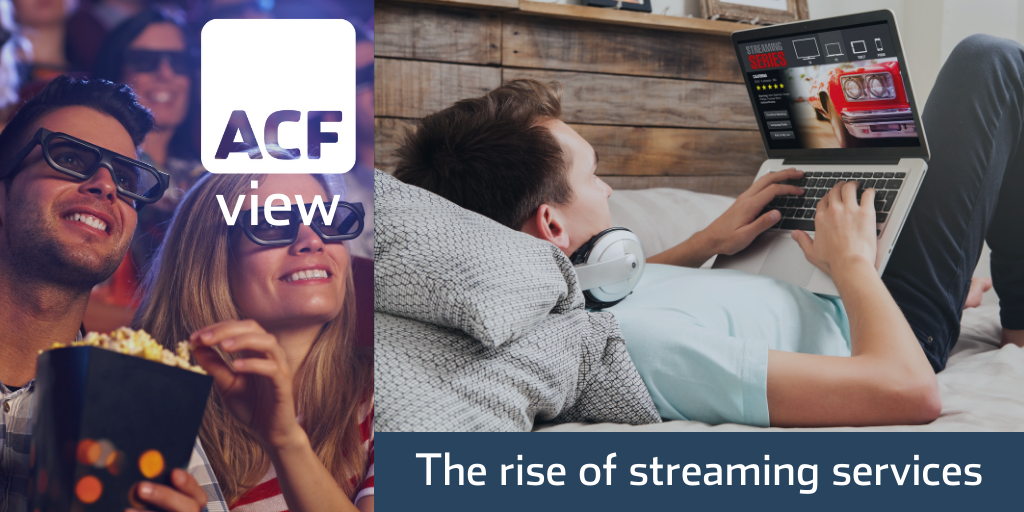 The Rise of Streaming Services

2020 has shown a boom in streaming service subscribers. Does streaming growth mean the beginning of the end for traditional TV and cinemas? It has often been mooted that TV and Cinema post streaming are dead. It is not the first time such a fatal outcome has been forecast and both keep surviving by reinventing themselves.

The battle for streaming service dominance has only intensified in 2020. With most box office films postponed and cinemas closed due to coronavirus restrictions, people have looked to streaming as an alternative.

Disney’s timing was almost perfect for the release of their Disney+ streaming service and has been the bright spark for the company this year.

In exhibit 1 below, we have created a peer group table for notable companies in the VoD market.

In 2020 in the UK, Netflix dominated the market with 13m subs (almost 200m subscribers worldwide), followed by Amazon Prime Video with 7.8m subs. Disney, already has 4.6m subs in the UK after its March 2020 launch.

Even with the millions of subscribers, it is difficult for companies to turn a profit from their streaming services. Disney estimates that it won’t generate any profit from Disney+ until 2024E.

Traditional TV channels are adapting to keep up with the new trend. Sky (owned by Comcast (Nasdaq:CMCSA)) offers Now TV. The BBC and ITV (LSE:ITV) have the Britbox JV, which offers decades of classical British TV.

With the multibillion-dollar budgets of Netflix, Disney and Amazon it is difficult to see how smaller content providers such as the BBC and ITV will be able to compete. The BBC has a particular niche market that will pay for its high quality content. ITV however is in the dangerous middle ground.

The BBC’s partnership with ITV is a good start. Charging £71.88 annually versus the £157.50 TV licensing fee – (Netflix charges £107.88 annually). More modernization and change is required for traditional TV channels to survive.

A new trend emerging from 2020 is blockbuster films going straight to streaming services. This has been trialed with a number of films, the most successful, so far, is Disney’s Mulan.

On 3rd Dec 2020 AT&T’s Warner Bros announced that it will debut its films online, via HBO Max, and in cinemas simultaneously.

Will the growth of the online streaming market be the downfall of the big screen cinemas? We think not, with 2018A showing the highest ever box office revenue generated in UK cinemas of £1.27bn.

Streaming services cannot replace the full experience of the big screen and with most cinema chains located near restaurants, going to the cinema is more than just watching a film.

The VoD market will continue to grow as the way in which we watch our favorite TV shows and movies changes. We forecast the market size of the VoD market will reach US$ 174Bn by 2027E at a 7-yr CAGR of 15.5% (exhibit 2).

We expect the coming years to force yet more change upon both the traditional TV and VoD markets. Although we predict continued strong subs growth for VoD we also expect consolidation due to margin pressure and ever growing capex requirements.

We expect the near-term will be a challenge for traditional TV channels, losing viewers permanently to the online services.

However, we will still see a large market for cinema chains with the crowds returning once coronavirus restrictions are lifted.

This could be an excellent opportunity for smaller cinema brands, such as Everyman (a UK cinema company (EMAN:LSE)), that provides more of a dine-in experience, bringing food and beverages directly to the customers seat.

These independent, Dine-In cinemas are changing the way we watch films. Providing a small, luxury menu to provide customers with a more well-rounded experience. Much better than just sitting at home.