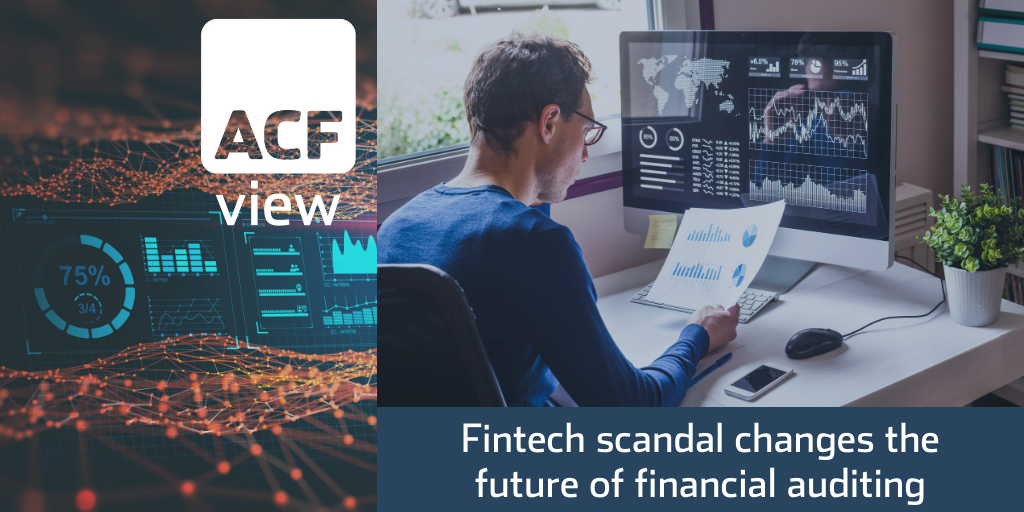 The German auditing industry could face tighter regulations according to a new draft bill. The harsher regulations come after Wirecard’s accounting fraud.

Wirecard’s lack of transparency and numerous failures have been less than favourable for Fintech, the Frankfurt market and Commerzbank (which was pushed out of the DAX 30 by the Wirecard scandal), especially as it seeks to attract business from London. Hence, the need for a review of the current regulations and accepted practices by auditors and, to some extent banks.

However, the proposed changes seem to target financial auditors more than the companies that they are auditing, e.g. Wirecard. And whilst we believe that there need to be changes, it seems less sensible to create an asymmetric penalty system, company directors should also face a higher level of responsibility and risk for poor numbers.

The problem with an asymmetric response is that there is no incentive to stop companies from going about business as usual – taking advantage of Germany’s ‘safe’ reputation as a trading hub.

Financial regulators on the other hand, are also facing changes and transformations. It is yet to be seen whether or not this will have an adverse effect on the auditing industry; but again, a change is needed.  Quis custodiet ipsos custodes?

If the proposed changes are implemented, the auditing industry needs to change process and approach in order to avoid additional mistakes. Auditors may also have to implement a tougher code for their clients and require their clients to have higher indemnity insurance.

In Exhibit 1 below, we have charted the big four by revenue for YE19 and YE20. (KPMG has not released YE20 results yet).

We have created a scratch forecast for KPMG’s revenues for YE20 by taking the average of KPMG growth between YE18 and YE19 of 7.1%.

We have taken this average growth approach because the big four experience relatively few significant changes to market share, pricing or profitability. As such, not only is KPMG a mature company in terms of growth, so are its peers – the other three members of the big four.

There is always the possibility that the changes in Germany’s financial regulations could set the tone for similar types of modifications at an international level, something we expect.

Therefore, equity analysts, asset managers, auditors and companies in need of their services should prepare to embrace a potential re-modelling of current regulations.

In Exhibit 2 below we showcase the Big Four and two largest companies they audited. No matter the size of the market cap, no company is immune to regulatory changes (viz Microsoft vs. the European Commission in 2007 – abuse of dominant position, for which MSFT was given an ~$800m find and instructed to change its business practices in a material way). MSFT did learn from this encounter and looks like and delivers the numbers of a much improved company as a result. Other large cap companies should learn from MSFT and lead by example. 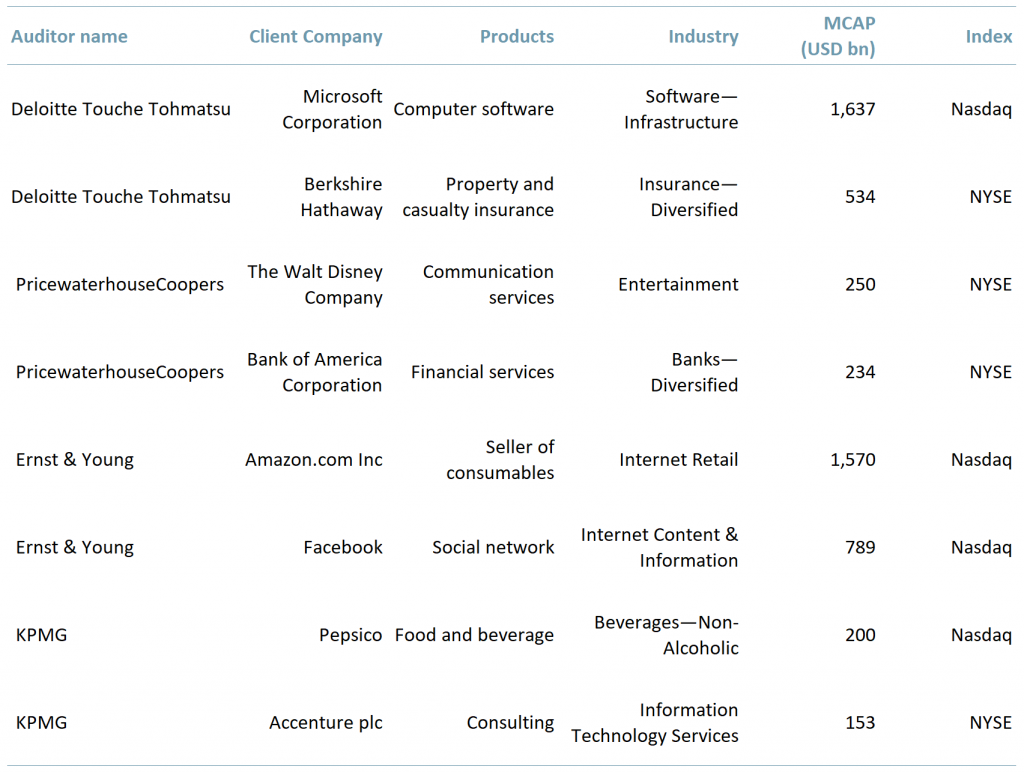