How will the rise of biosimilars impact biologics 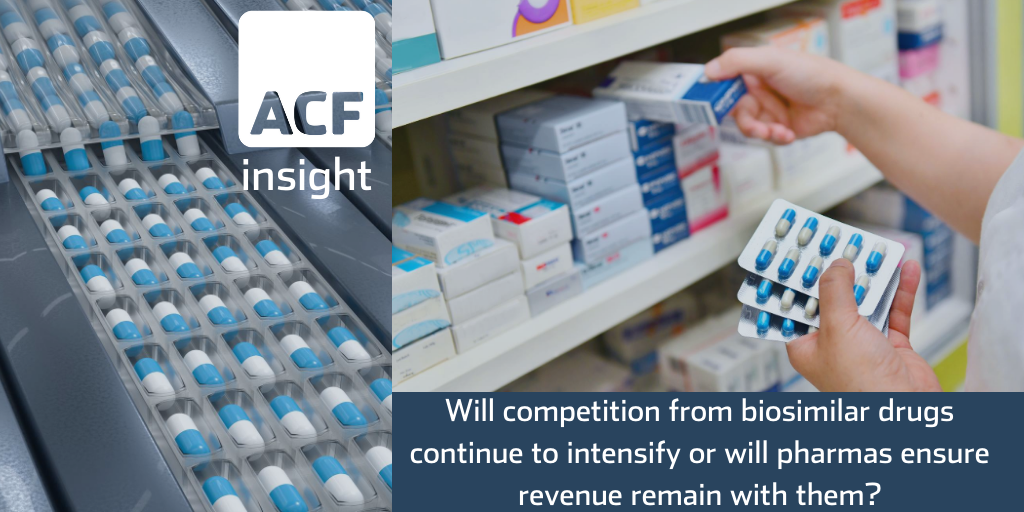 How will the rise of biosimilars impact biologics

● Once patents expire for biologic medicines, a market opportunity opens up for biosimilars, a cheaper alternative. Biosimilars were mainly brought in to thwart the monopoly power of biologics in the pharmaceutical industry.

● Biosimilars are expected to increase at a CAGR of 23% from 2019 to 2027; Europe has the largest number of biosimilar approvals; with 55 biosimilars for 15 biologics.

The market in the US is less competitive – 26 approved biosimilars so far. The barrier in the US is largely regulatory, however we are expecting some change in the US position as a result of Covid-19 necessities.

The growth drivers for the biosimilars market are:

● If we assume direct substitution between PFE’s Inflectra and JNJ’s Remicade this suggests that Inflectra conveys a saving of 73.5% over the cost of Remicade.

● Other biologics that have seen sales declines as the result of losing market exclusivity to biosimilars include Gleevec/Glivec, which found itself competing with a licensed biosimilar as early as 2012.

Johnson & Johnson recently stated that though it had escaped much of the impact of biosimilars up to and including 2019, it would feel the effect on revenues (and we expect, margins) in 2020.

● Johnson & Johnson’s experience suggests that the likelihood of revenue declines from biosimilar competitors is only likely to intensify over time.

● In response to this downside risk, many biologic drug manufacturers have started investing in their own biosimilar pipelines, typically through partnerships.

● The ‘own brand’ biologics strategy is something akin to diffusion branding strategies exercised by companies such as Rolex (and many others), which runs both the Omega and Rolex brands – same quality of mechanism inside, but fancier ‘packaging’ of the mechanism on the outside for the Rolex brand.

● The effect of a diffusion brand is to ensure marginal margin collection and to make the market unattractive for other competitors.

ACF Insight:
We are of the view that although the impact on revenues from biosimilars is clearly not to be ignored and will intensify, pharma companies are responding with legitimate strategies that will ensure long tail margins will end up largely with the original biologic producer – but governments, health providers and insurers get what they want and pharma and biotech companies can manage the new scenarios without too much pain for investors.

It would seem logical that the response of biologics producers will include:
1.increasing prices (and so margins) above present expectations during the exclusivity period.
2.Diffusion products – the revenue gap generated by biosimilar competition can be filled by the launch of new drugs.
3.Time strategies – most biosimilars are held-up in court battles with biologics, which delays the competitor market launch. 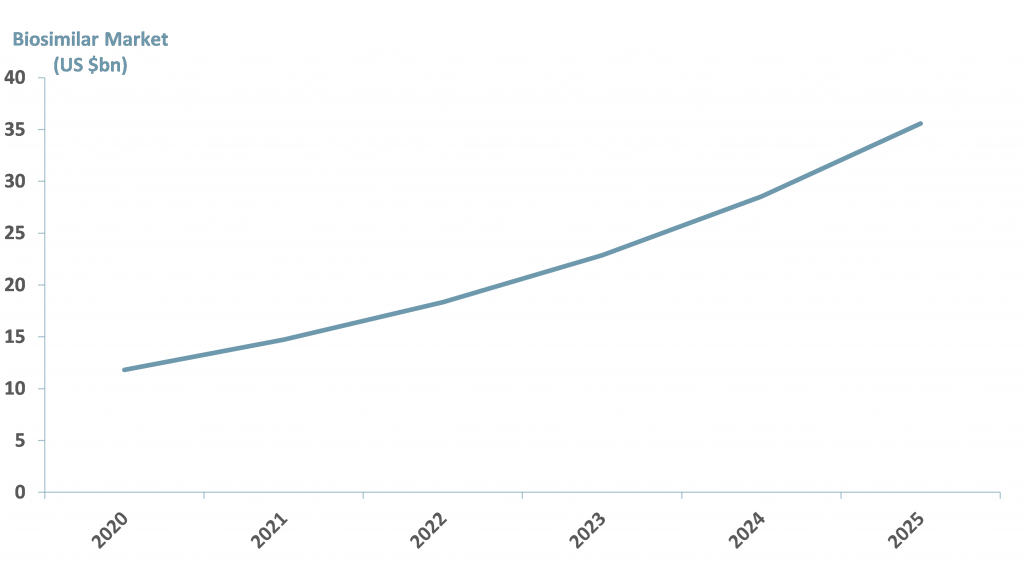