Saying goodbye to coal – not quite? 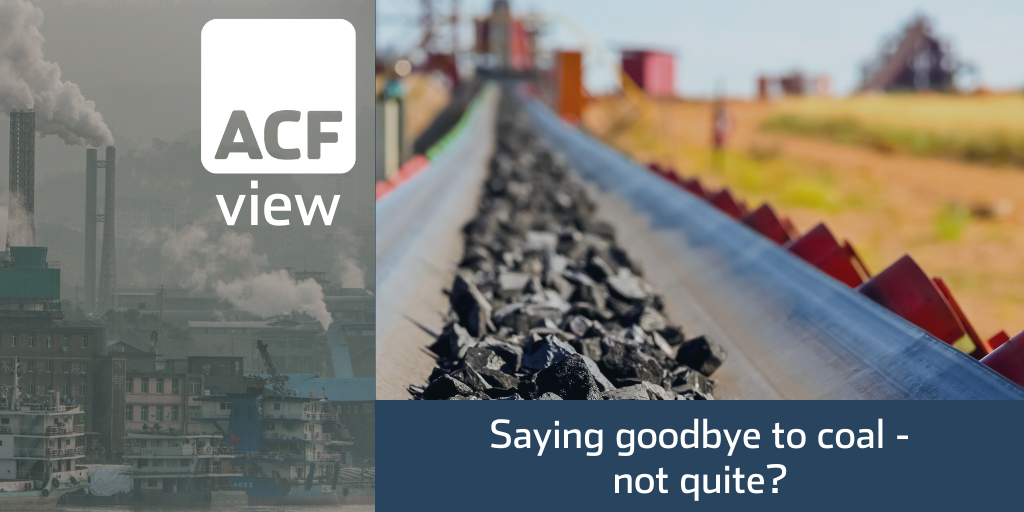 Saying goodbye to coal – not quite?

Coal usage, as a source of energy, could become a thing of the past (almost) thanks to China’s goal to cut net carbon emissions by 2026 by cutting coal consumption.

Asia must cut CO2 emissions in a timely manner. But the argument that liberally democracies had their time of cheap energy to industrialise and that transition or revolutionary period cannot be denied to other regions and economies has merit.

Asia is a well-developed continent with a high rate of urbanisation that can now turn to cleaner energy, not by necessity, but by choice. China claims its rate of urbanization was 60.6% in 2019. (National Bureau of statistics of China).

So Africa, it can be reasonably argued, deserves a slightly different approach. Sub-Saharan Africa requires an exemption or different set of emissions targets for a period of time before it must retire energy sources such as coal. In a practical sense the transition for Sub-Saharan Africa to entirely renewables should be longer.

In order to give Sub-Saharan Africa room to industrialise fully and to do this sustainably for the planet, Asia and the liberal democracies move faster to cut their own emissions.

Our proposed increase in the speed of emissions cuts requires tougher targets, greater investment and faster delivery of emissions control legislation. It also requires more technological innovation but we are tantalisingly close to having all the solutions required to go fully renewable in a practical way.

Europe, the US and Asia have the structure and resources to cut emissions faster. Sub-Saharan Africa is not yet there.

Sub-Saharan Africa is, however, making headway. In ~50 states, new coal-fired plants are expected to go into production by 2025. Their total annal CO2 output would be 1000 m tonnes, which is the equivalent to ~40% of what Germany’s coal power plants are currently producing (RURAL21 2020).

All countries working together towards a more effective global solution may sound a bit of cliché. However, the C-19 pandemic has created an homogenous urgency to nurture and protect what we have now in order to preserve our futures.

And there is a lot to be hopeful about in spite of the challenges – renewable energy is for the first time looking like an actual cost advantage for companies, investors are certainly thinking this way for all but the most cost efficient carbon energy producers and basic materials producers (oil & gas and mining).